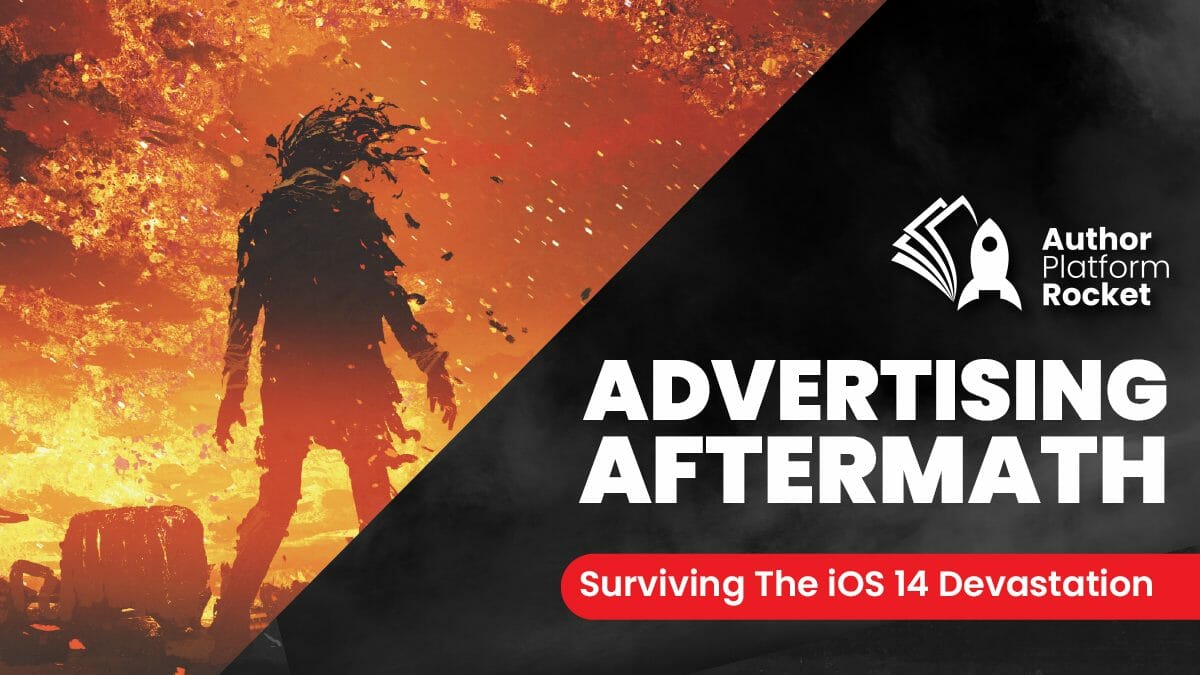 From where I crouch behind a barren dirt hill, the landscape looks bleak and scorched. No life can be seen save for the drifting husks of long devoured Doritos bags, catching air currents and performing their twisted ballets for an empty audience.

These plains, once bountiful and teaming with game, now yield only the most meager of opportunities. And only that for those who are willing to endure the hardships of 7-30 day waits…

Since what those who are able to still speak refer to in hushed voices as “The iOS Update” wiped our ability to target all forms of life, food has become scarce. Worse yet, rabid packs of mutated, irrelevant advertisers drift blindly through the wasteland, calling out for anyone who will heed their desperate sales pitch.

But those sales promises are only fantasy. Anyone unlucky enough to be attracted by their cries, will be set upon and devoured. Flesh torn from bone and consumed, like cows falling into waters teaming with now long-extinct piranhas.

A muffled wind pick up, buffeting against my breathing mask, obscuring my already limited senses. To my right crouches “Tiny”, my hunting partner, a massive Samoan renowned in our tribe for his taste for human flesh rivaled only by his love of photographing manicured shrubbery in low light. Together we wait for any hint of game…

Danger is everywhere. Failed ads, suspensions, and account bans lay in store for us all. It is not a matter of “If” but “when” and “how” we will all eventually succumb…

But my family is hungry, so I must hunt…

What Was The iOS 14 Update? (Super Brief Version)

What was this update and what does it mean to you as an author? Interestingly you’ll find it has good news and bad news. But first, here’s a VERY simplified breakdown of what this is all about and why you care:

In 2021 Apple released an update called iOS 14 requiring Apple product users to “approve” to track their activity across websites & apps. This was done under the umbrella of “protecting user privacy”. As you might imagine, when the question popped up, only a small, single digit percentage approved it.

We can argue all day if this was a good thing for small businesses and consumers, but the bottom line is this:

Companies like FaceBook who tracked user activities EVERYWHERE were strongly impacted. It wasn’t simply because they were no longer able to see what people were buying, searching or surfing, it was because they had to get rid of PAST tracking as well.

There were a few reasons FaceBook was hit as hard as it was. Unlike Google, who has a TON of highly used properties like Gmail/Google/YouTube, their own phone and more, FB did not own a lot of their own data. They tended to purchase and combine it behind the scenes. This effectively made them just another app in the app store. (Hint, Hint: Not owning your platform = HUGE lesson for us all here)

After iOS 14 they no longer had the ability to connect the dots on users activity and purchase behavior.

Long story short, today FB ads aren’t able to perform like they used to AND merchants can have difficulty receiving conversion data. The effect is that if you run ads like the old days, they will probably suck.

If you’d like to read a FAR more detailed article about all this, you can check it out here.

The Real Impact For Authors:

One upside is very few authors were running ads designed to actually track conversions (sales and/or leads). Most ads were directed at getting “clicks”, sending traffic directly to Amazon.

Because 99% of “buy my book” ads were set up like this, all buyer info was lost the second a person clicked the link anyway. Amazon does not now, nor has ever (or will ever) share buyer data with people. Authors knew this universally and so at least THAT problem should be a total nonissue.

If conversion ads were the only elements effected, most authors probably wouldn’t have noticed. But it’s much larger than that.

The loss of all this data has made it more difficult to perfectly target interested groups. This means nobody really knows if their ads are being directed at people who can even read, let alone are fans of big names in their genre who might also love their books.

You can think of it like this: Instead of paying only to have ads shown to exactly the right people people, we are now closer to running “radio” ads like in the 1990’s (and before). This is where an ad blankets a certain geographic/demographic area and everybody in that circle of influence will have to deal with it.

What many will notice is that costs have increased, click-through-rates have decreased, and if you are building an email list, CPL (cost per lead) is much higher than before.

While all of this can be VERY frustrating, there are ways to pivot and come out on top. Without diving into too much technical details, one silver lining of this whole thing is while the iOS update made it hard to track OUTSIDE of FB you can still get solid tracking INSIDE the app.

Since much of this is new to authors, we’ve gone ahead and setup a dedicated post exclusively all about how to do that!